The History of Fleet 42

When asked if they knew how Fleet 42 got its name current fleet members came back with some great stories. Including: Worthy conjectures. There were a few of us at least that thought the last was the real answer. However, we were able to contact one of the founders and learn the true story.

G-Cat Fleet 42 was established in 1981 by Dan Evans and Bill Yonker. The name was assigned by the G-Cat Manufacturer (Hans Geisler, owner) in Florida. From Dan:

Hans came to the Cholla Challenge once and sailed my G-Cat 5.0 in the race (I crewed). We won! Everyone was way behind us. We had great double-trap winds all the way to Sandy Beach and back to Tucson Beach. Hans now makes motorized g-cat boats. Back to the fleet name… I guess there were 41 G-Cat fleets ahead of us. 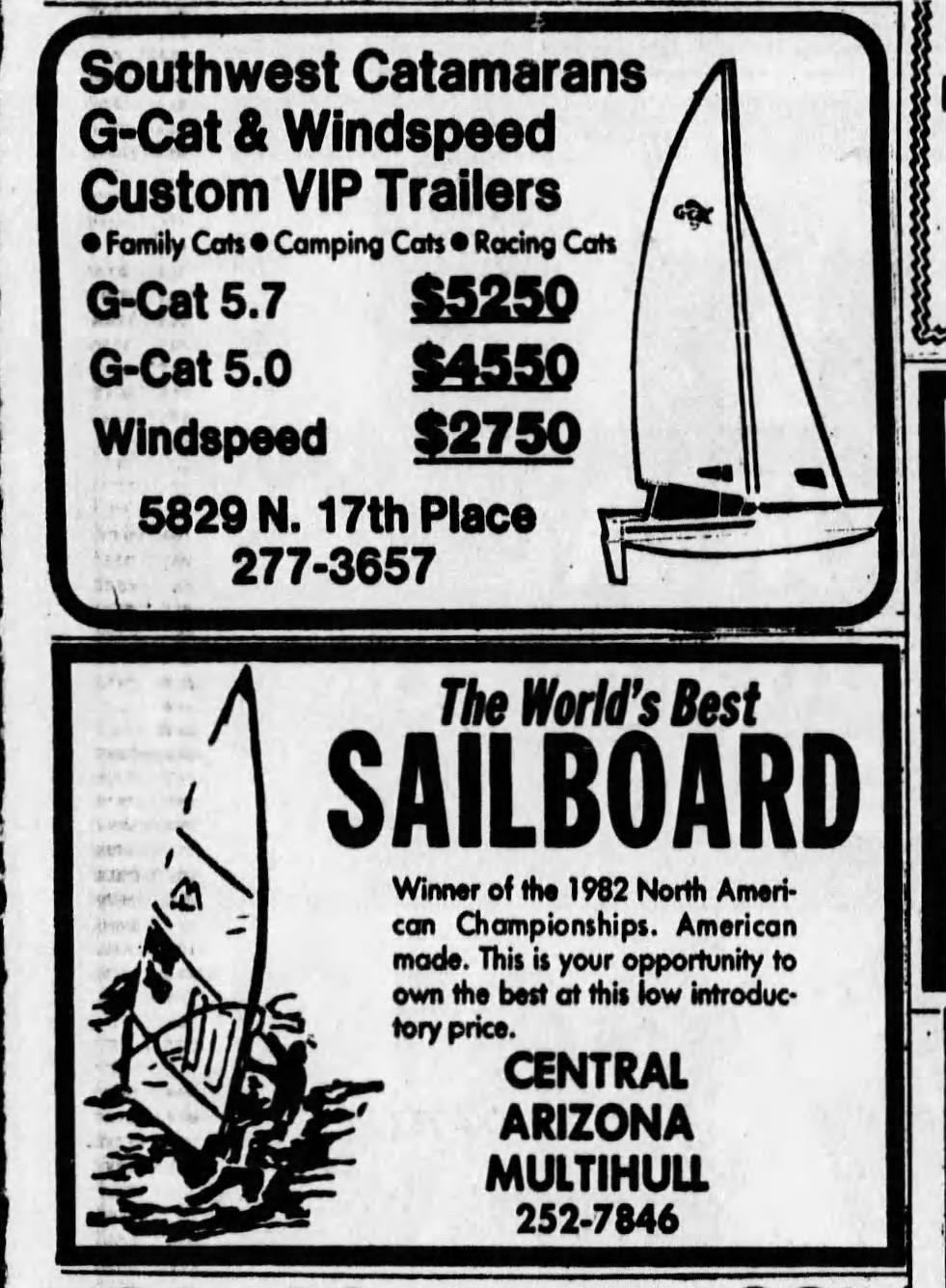 The "G-Cat" was eventually dropped from the name to welcome all catamaran brands. In an interesting piece of trivia, Dan also said that he and Dave Wilkinson purchased the first G-Cat on a used car lot on the corner of 7th Street and Bethany Home Road. The original Hobie Cat store was nearby on the corner of 7th Street and Highland. Hobie Fleet 66 and Prindle Fleet 14 were already in existence but the Prindle fleet and G-Cat fleets eventually combined to increase numbers.